How can we help you today?

When I try to display a Motion Vector, I receive an error. What's wrong? Print

When introduced in Version 3.0, the Motion Vector arrows had to have both an X and Y component in the associated ROI Measurement. This is what a Vector Arrow looks like when placed in a location that has both X and Y measurements: 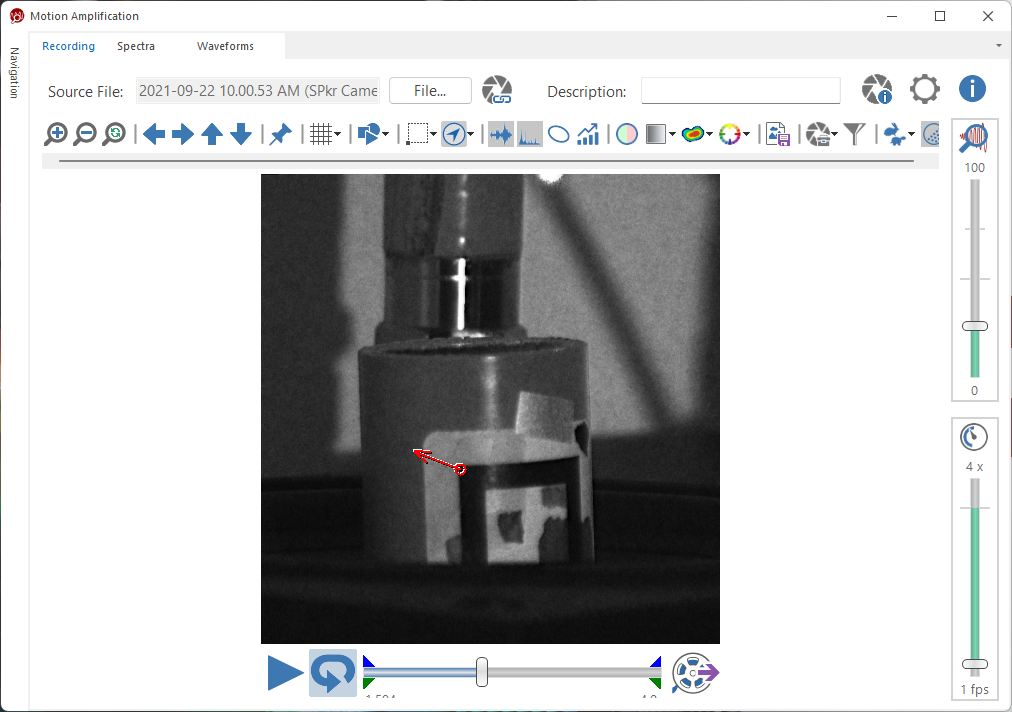 If Motion Amplification® could not determine the motion in one direction, you would receive an error message similar to this and the Vector Arrow will not display: 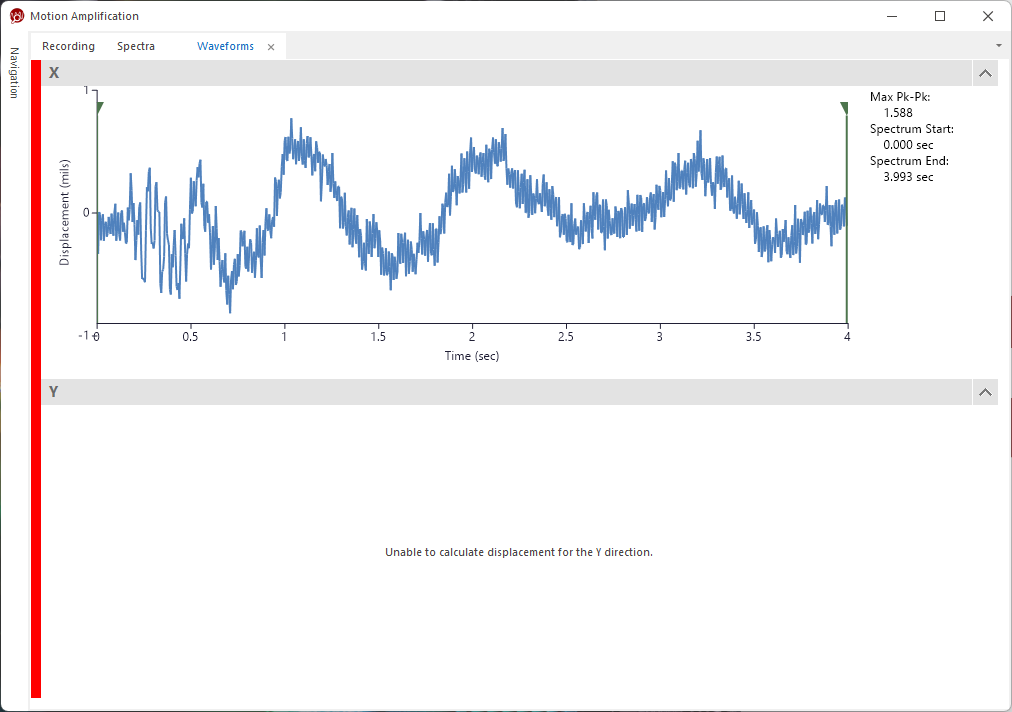 Shape of ROI when either X and/or Y cannot be determined: 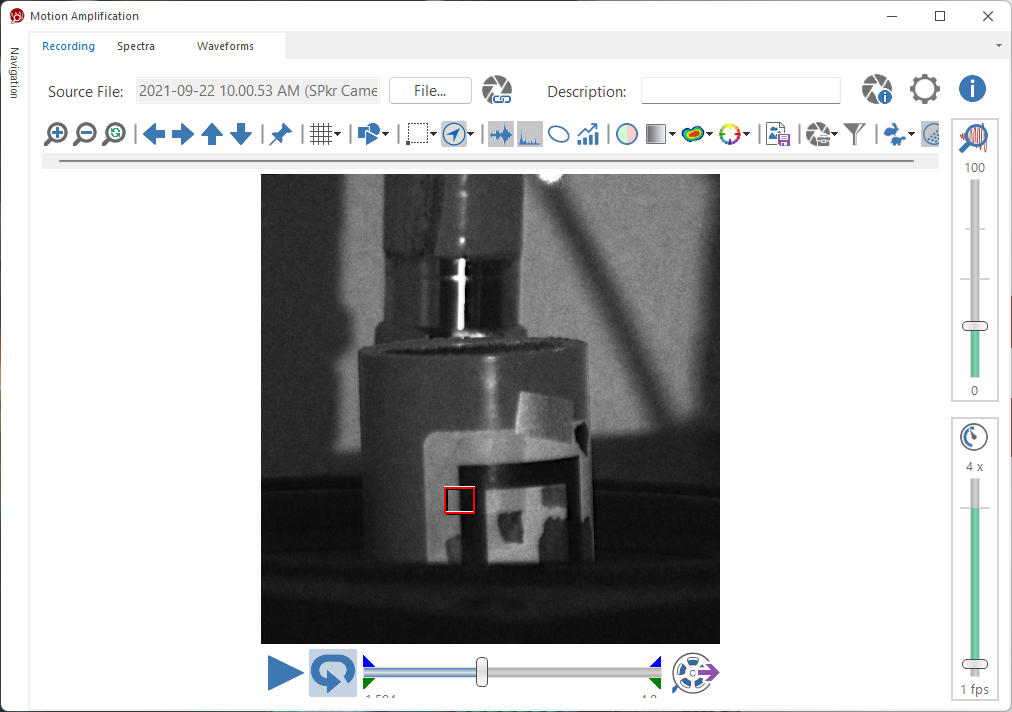 In this case, you would have to move the ROI to a location which has contrast in both X and Y directions. If it is not possible to get X and Y contrast, the Vector Arrow cannot be displayed.

NEW BEHAVIOR after update to Version 3.5

Introduced in Version 3.5, you can now select a single axis for displaying the Motion Vector. This is true for ROIs containing both X and Y components or for ROIs which only contain one component. Click the arrow to the right of the Motion Vector icon to display the Motion Vector Options window. In the "Orientation" window, select the type of motion you want to display, X & Y, X, or Y. The Vector Arrow will respond accordingly.

The tiny green box to the right of the Motion Vector icon reveals the Options menu. In the menu, you now have access to the "Orientation" selection box to show single axis motion. 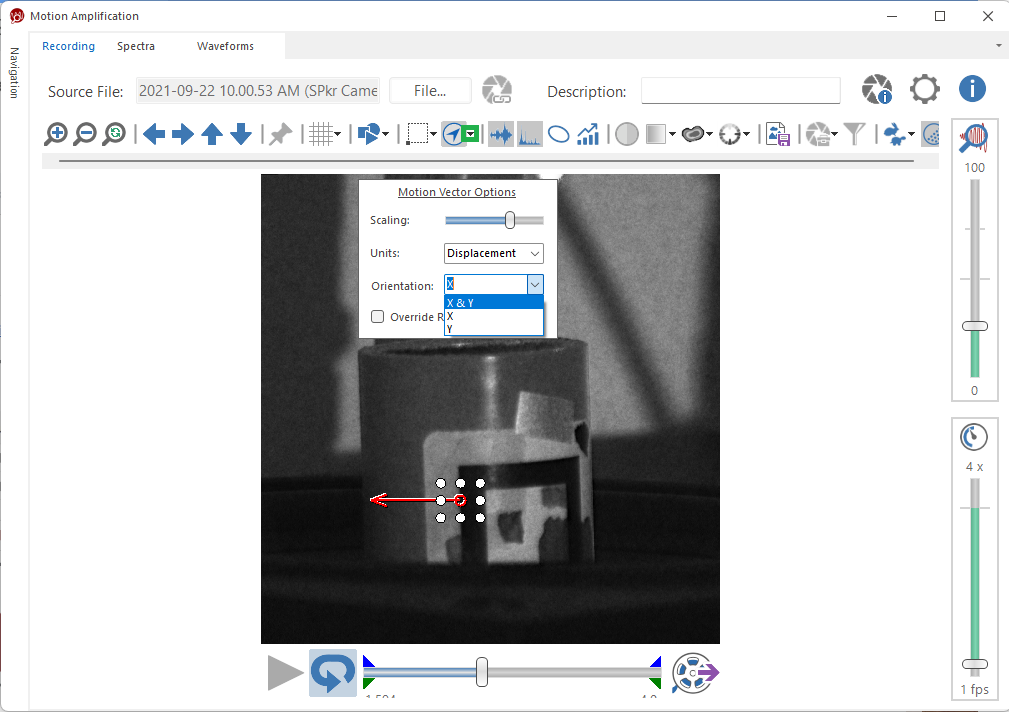 How do I add the Motion Vector arrows to my ROIs?

Did you find it helpful? Yes No

Send feedback
Sorry we couldn't be helpful. Help us improve this article with your feedback.